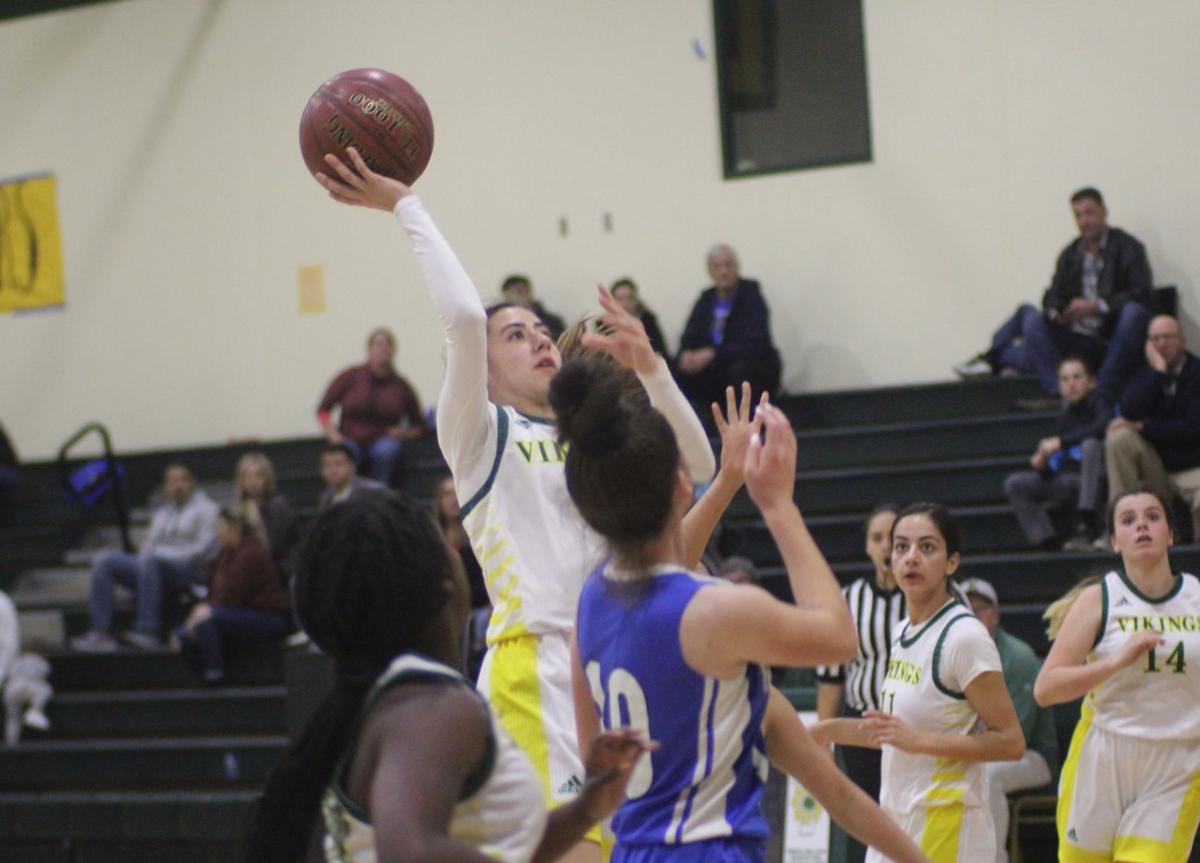 Kingsburg's Brooklyn Miller attempts to a shoot a floater during the third quarter of a Central Sequoia League game against Hanford West at Kingsburg High School on Tuesday, Dec. 17. 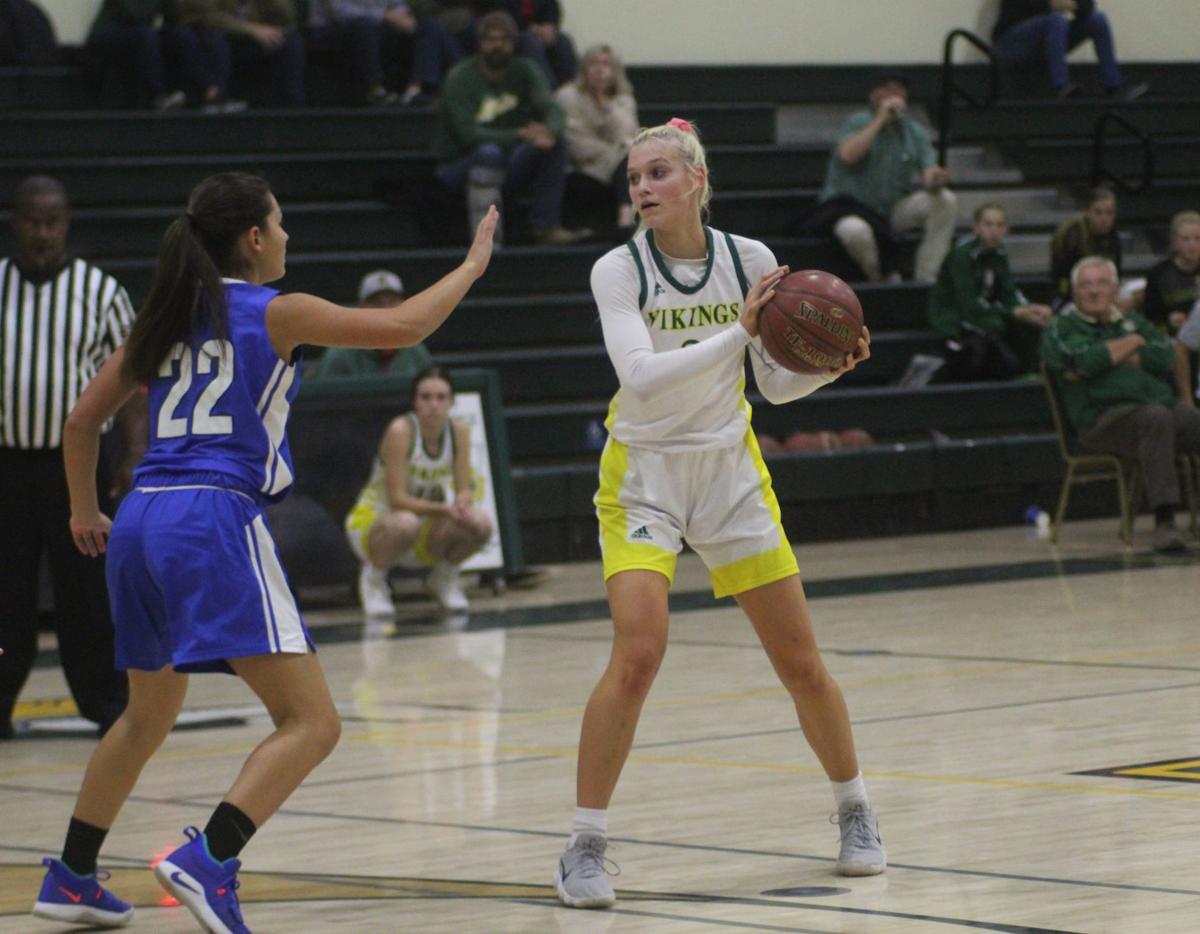 Kingsburg center Ally Cotton looks to pass the ball during the first quarter of a Central Sequoia League game against Hanford West at Kingsburg High School on Tuesday, Dec. 17. 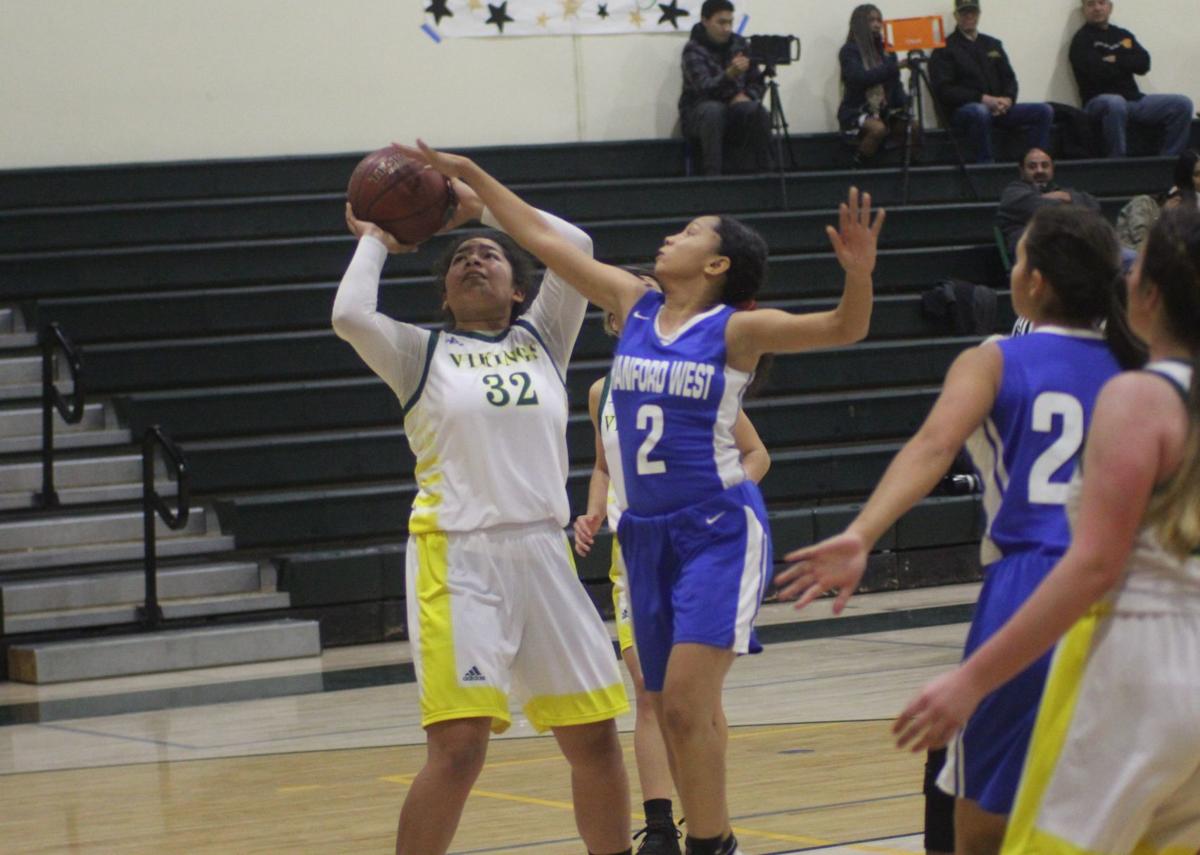 Kingsburg's Katherine Rodriguez shoots a contested shot during the fourth quarter of a Central Sequoia League against Hanford West at Kingsburg High School on Tuesday, Dec. 17. 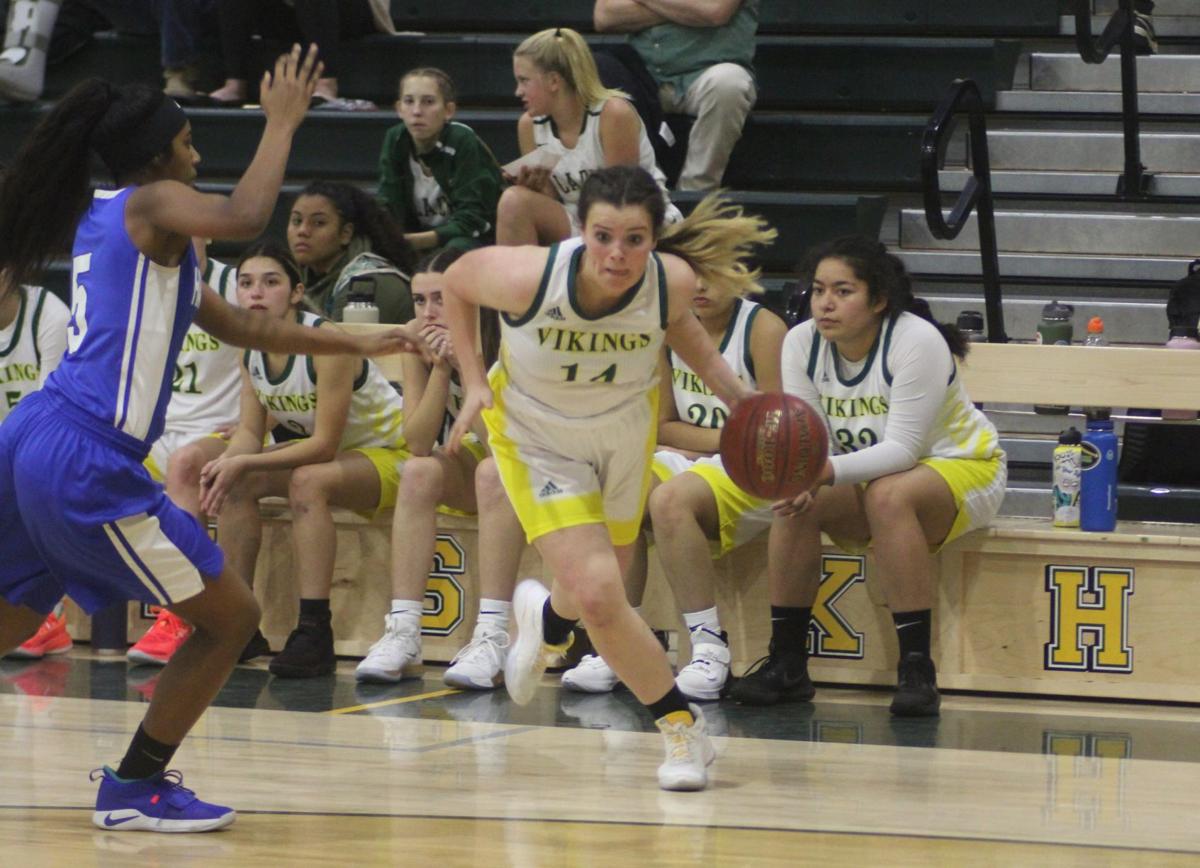 Kingsburg's Lillian Dias drives the basket during the third quarter of a Central Sequoia League game against Hanford West at Kingsburg High School on Tuesday, Dec. 17.

Kingsburg's Brooklyn Miller attempts to a shoot a floater during the third quarter of a Central Sequoia League game against Hanford West at Kingsburg High School on Tuesday, Dec. 17.

Kingsburg center Ally Cotton looks to pass the ball during the first quarter of a Central Sequoia League game against Hanford West at Kingsburg High School on Tuesday, Dec. 17.

Kingsburg's Katherine Rodriguez shoots a contested shot during the fourth quarter of a Central Sequoia League against Hanford West at Kingsburg High School on Tuesday, Dec. 17.

Kingsburg's Lillian Dias drives the basket during the third quarter of a Central Sequoia League game against Hanford West at Kingsburg High School on Tuesday, Dec. 17.

KINGSBURG - For a team that's still learning how to play together, last Tuesday was a step in the right direction for the Kingsburg Vikings.

After a couple of missed shots in the closing seconds by Hanford West (4-8, 0-2 CSL), the Vikings walked off its homecourt with a hard-fought 50-48 Central Sequoia League victory on Dec. 17.

It was the first time the Vikings won back-to-back games this season and the victory improved Kingsburg (4-7 overall) to 2-0 in CSL play.

After the Vikings gained a 35-33 lead on a Katherine Rodriguez buzzer beater at the end of the third quarter, Kingsburg held onto the lead for the entirety of the fourth quarter. Hanford West would constantly get within one or three points, but when the Vikings were up 49-46, the Huskies missed a three-pointer to tie the game.

Ally Cotton made one of two free throws to extend the Vikings’ lead to four points, but it would be a two-point game again after two Hanford West free throws. In the final possession of the game, Huskies’ point guard Amyia Inman missed a buzzer beater from half court.

“Tonight wasn’t even an indication of close to who we are,” Harrell said. “We played very poorly tonight.”

Both teams started slow in the first quarter, as both squads were scoreless in the first two minutes of the game. Hanford West had a 10-4 advantage at the end of the quarter and would push its lead to 10 points (8-18) in the second quarter.

The Vikings rallied back to take a 25-23 lead at halftime after Brooklyn Miller made a three-point buzzer beater. The Huskies 10-point lead was the largest of the night for either team.

In the third quarter, both teams started slow, as Kingsburg scored the first basket two minutes into the quarter. Hanford West went ahead 31-27 midway in the quarter, but the Vikings went on an 8-2 run to retake the lead going into the fourth quarter.

“For the maturity of our team, which is a pretty young inexperienced team, for them to stay in a game like that, one that was pretty rough, I thought they did well,” Harrell said. “They finally started playing what we wanted them to play. The first, they were too much into themselves and that’s the hardest part with this team right now is just breaking them down to make them become a team and not be all these individuals.”

Harrell has been serving as the interim coach since head coach Kristi Bravo has been on medical leave. Bravo will not return to the sideline this season and Harrell will serve as head coach for the rest of the 2019-20 campaign.

It’s Harrell’s return to the head coach position since 2013. He coached the Kingsburg girls basketball program from 1999-2013. He returned to the Kingsburg sideline last season as an assistant coach under Bravo, who at the time entered her first year at the position. Bravo was one of Harrell’s former players.

“This team is one of those ones where if the league didn’t start so early like it did, I would tell you in the past years when I had to do this, when I did this, we always came into the league after January and that’s when we were maturing,” Harrell said. “I’m hoping to see this team do the same thing within reason.”

Cotton led the way with 15 points while Rodriguez scored 10 and Miller added eight. Jaslin Legarreta scored a team-high 15 points for Hanford West while Inman was the Huskies second double-digit scorer at 14 points.

Before Kingsburg High School went into winter break, the Vikings competed at the 2019 Dinuba/Orosi Holiday Classic, which started on Wednesday and commenced on Saturday.

During the first day of the tournament, the Vikings fell to Strathmore 40-21. The Spartans entered the tournament at 8-0. The following day, Kingsburg loss to Kerman 63-20 in the first round of the consolation bracket. The Vikings defeated Orosi 47-30 on Friday and were defeated 50-45 by Dinuba on Saturday.

Kingsburg will be back in action for a non-league road matchup with Roosevelt on Jan. 3. The Vikings will resume CSL play on the road against Dinuba on Jan. 7.