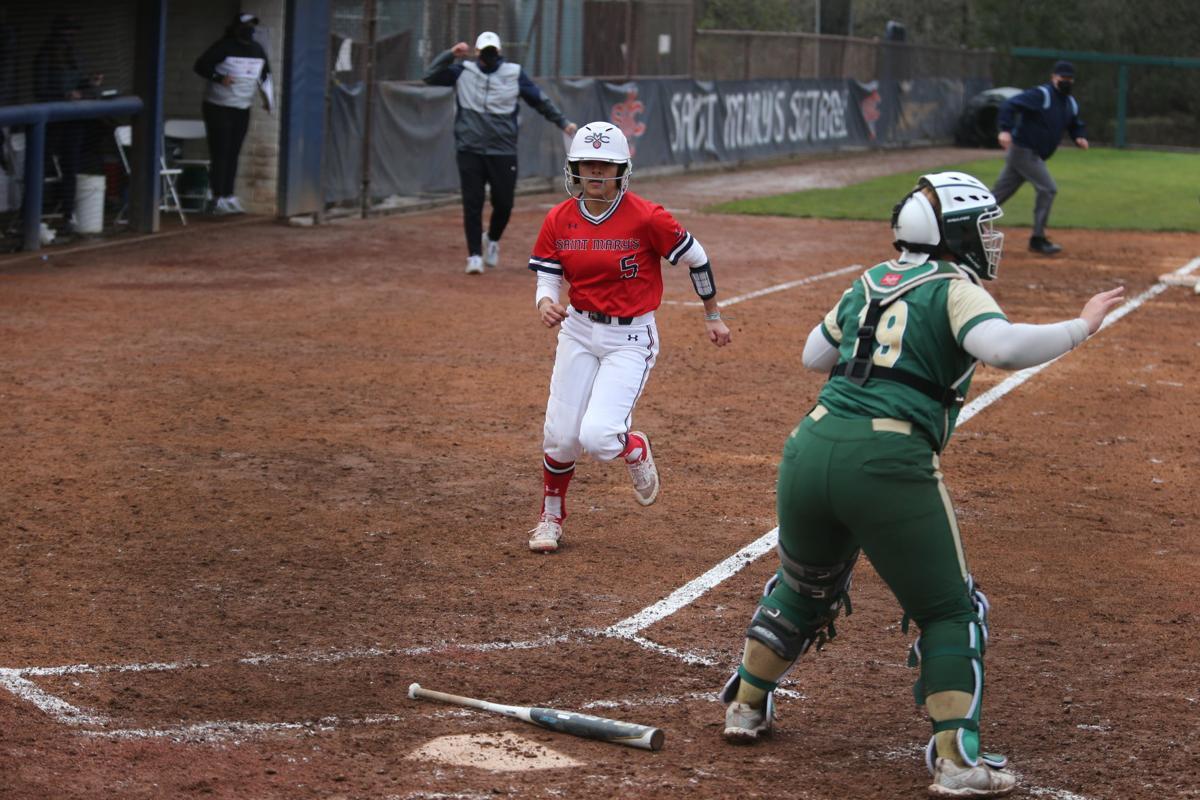 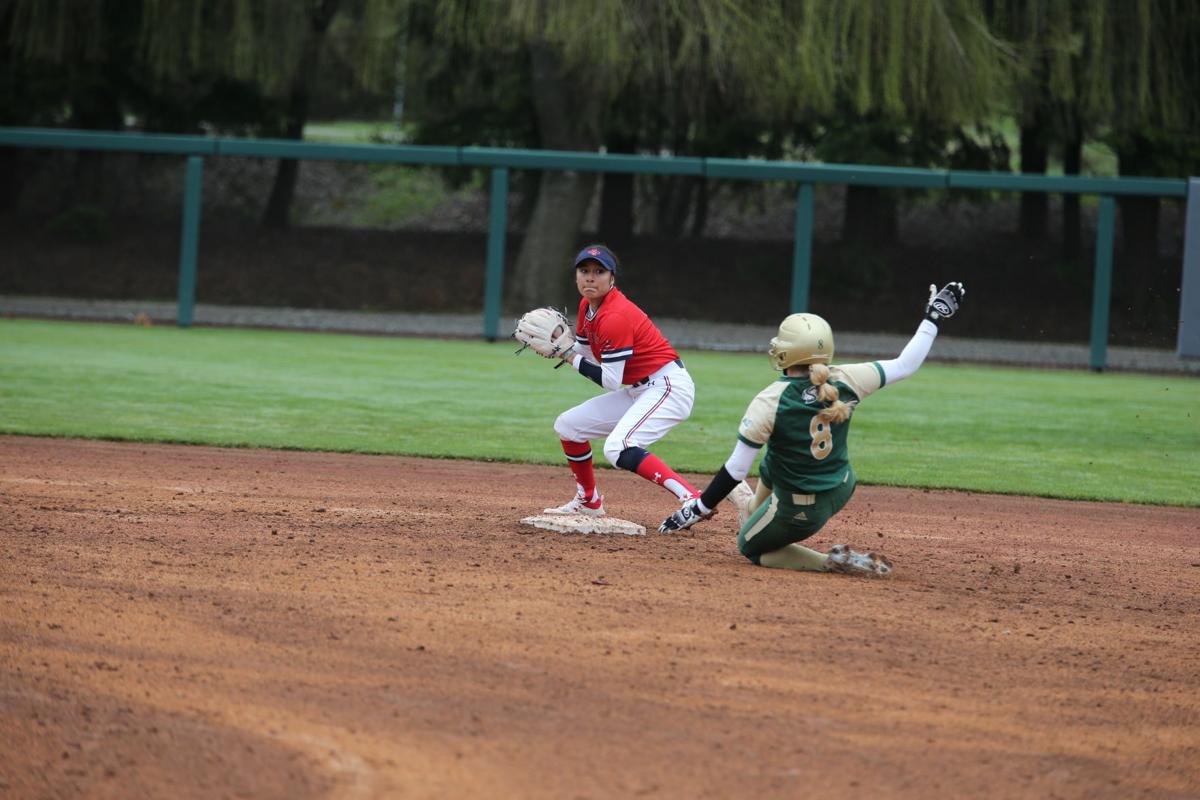 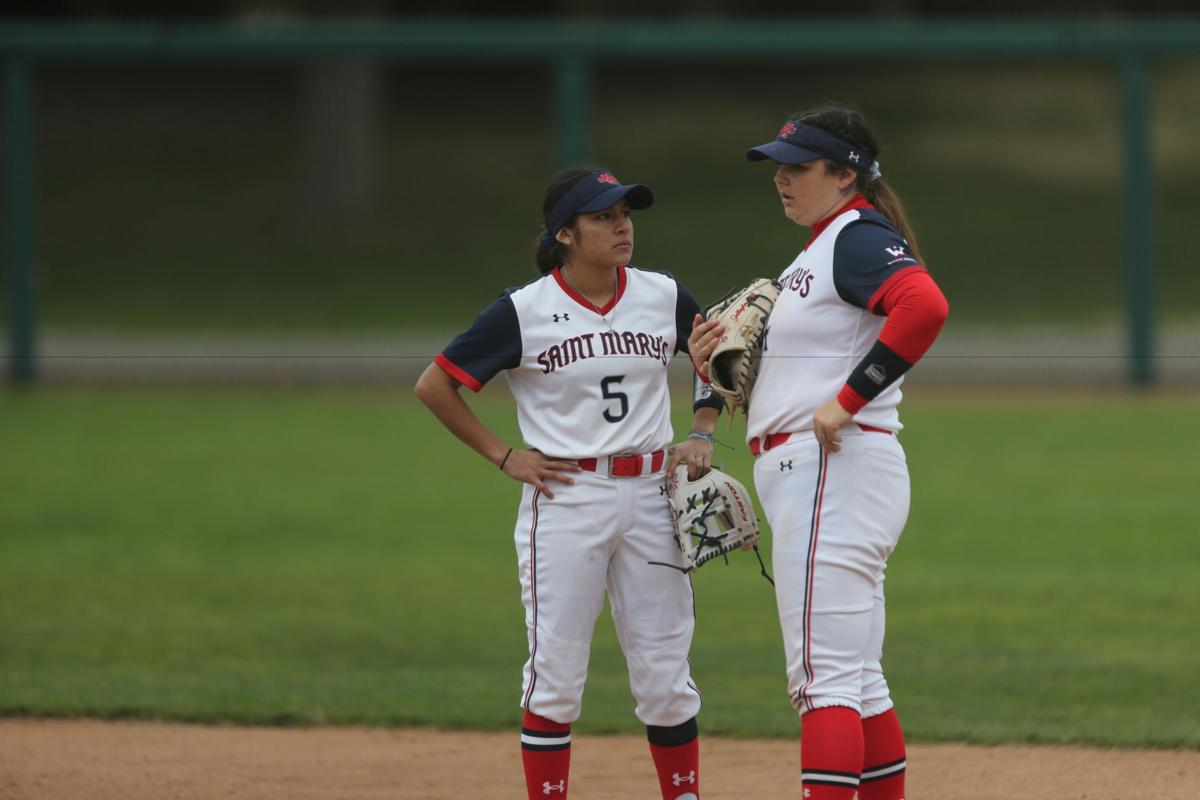 Marissa Montelongo speaks with teammate Maddie Gallagher during a game. 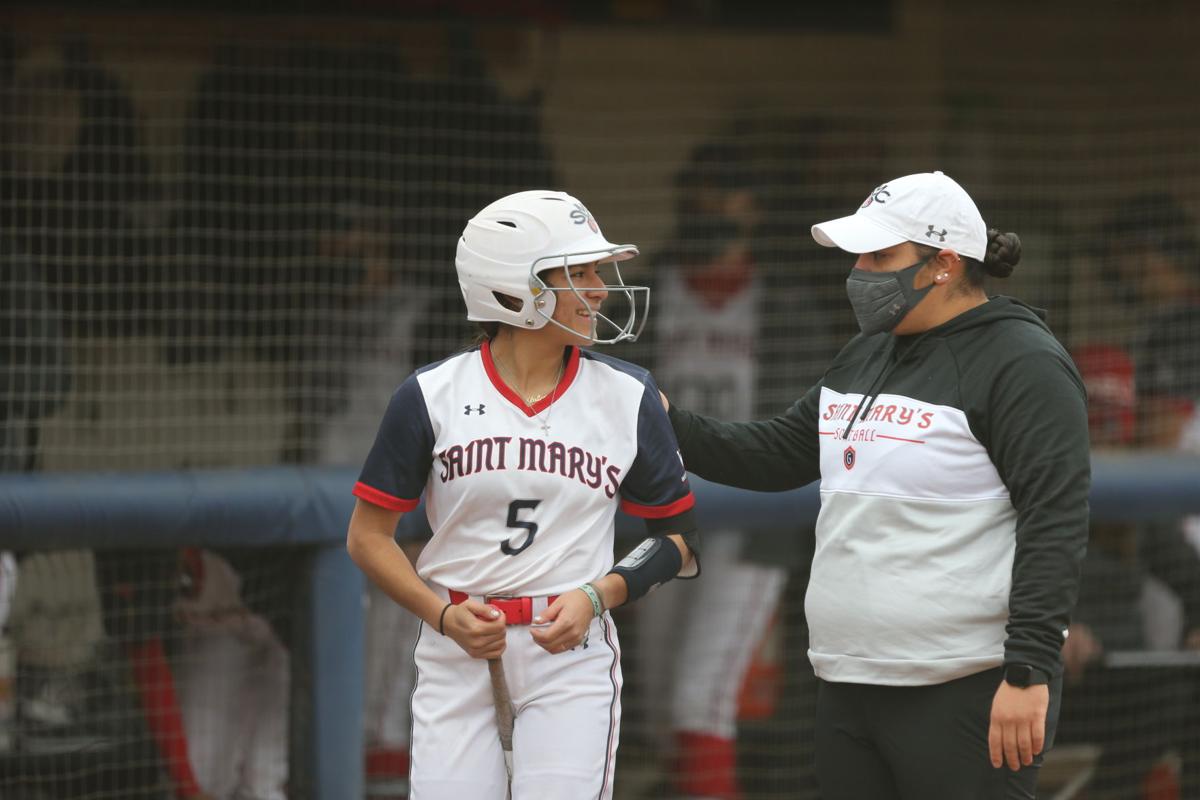 Marissa Montelongo speaks with Associate Head Coach Emily Montanez in a game against the Nevada Wolfpack on Feb. 11.

It had been over a year since Marissa Montelongo had been on a softball field. That time, she was playing for the Kingsburg High Vikings. Now, one year later, Montelongo is back on the diamond this time playing her freshman season for the Saint Mary’s College Gaels.

“It has been different and obviously COVID you have to wear mask out on the field and in the dugout,” Montelongo said in a phone interview. “I have met so many new people. It has been a blast.”

In her first season with the Gaels, the Kingsburg grad has started in 18 on the teams 22 games this season. Most of her starts have been at second base, however she has also played in the outfield as well.

“The speed play and mentally being a lot more focused,” Montelongo said. “You cant take any time off and you have to stay focused in the game.”

Montelongo said that it has been hard to prepare mentally and physically for the softball season because of protocols that were put in place.

“It was very scary; it had already been a year since I stepped foot on a softball field. We were in pods of 12 but I had mindset this is the time to get better.” Montelongo said.

Montelongo also was supposed to play soccer for Saint Mary’s College in the fall but due to the pandemic, their season was postponed until the spring. Montelongo chose to compete in softball but wishes she could have played soccer as well in the fall.

“It was a bummer not to be able to play soccer. My last game was not how I wanted to end high school. I wish I was able to play.” Montelongo said.

She hopes to join the team next fall as a sophomore.

On the softball field, Montelongo who had a plethora of accolades while in high school, came into Saint Mary’s knowing she had to earn her spot.

I never had the mentality that I would come in and have a spot automatically. I work hard each day,” Montelongo said. “I see how hard upper-classmen work and try to work harder than them. I am working hard I never had mindset that it would come easy. Everyone is good and I have to compete.”

A series of games that Montelongo is looking forward to this season will be when the Gaels travel to Fresno to face the Fresno State Bulldogs for a two-game series April 17 at Margie Wright Field.

I am beyond excited. I am thrilled to be able to come back and have some friends and family be able to watch me play,” Montelongo said. “I am Hoping we will have a good game. This team has so much potential. We will go into the game strong and ready.”

She also said that she is proud to be able to represent the city of Kingsburg each time she steps on the field.

“Playing at Kingsburg I left a pretty big role. I would not change anything, it prepared me for college,” Montelongo said. “It is awesome. Coming from a small town and no one ever knows Kingsburg. Being able to do what I can do and put Kingsburg on the map is always a good feeling.”

Before the toughest part of their schedule, the Kingsburg High School varsity softball team defeated Reedley High 7-3 on April 7 in Kingsburg.

HANFORD — For the second time this season, the Kingsburg Vikings have defeated the Hanford Bullpups on the softball diamond.

It was a case of the ups and downs when it case of the 2021 season openers for the Kingsburg High School varsity baseball team.

Marissa Montelongo speaks with teammate Maddie Gallagher during a game.

Marissa Montelongo speaks with Associate Head Coach Emily Montanez in a game against the Nevada Wolfpack on Feb. 11.