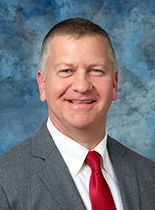 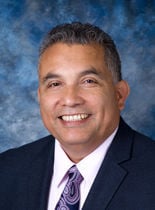 Do you need to get up to speed on the new by-district election of the Selma City Council and voter election of Mayor in November’s balloting?

What about the ballot measure that would change the districts in two years?

OK then, let’s start with a brief summary: The city-wide election of Mayor and district election of two City Council members changes the way Selma elects its ruling body.

First thing you need to know: Selma is now electing its City Council by districts. Previously, Council members were elected by the vote of all residents.

Second thing you need to know: We’ll all be voting for our Mayor. Previously, the Mayor’s position was by yearly rotation among Council members.

Louis Franco is Selma’s current mayor. City Councilman Scott Robertson is a former Mayor. They are running for Mayor in the Nov. 3 election, to be voted by the community at large.

The new election system, dividing the city into four four districts with the Mayor elected at-large, was approved by a 3-2 Council vote last December after a contentious process that saw some in the community favoring a five-district plan that the Council had previously approved by a 3-2 vote.

Third thing you need to know: The Nov. 3 ballot also includes Measure E, a proposition to repeal the 4-plus-Mayor system and replace it with the five-district plan.

A “Yes” vote on Measure E will make that change to five districts, to take effect for the 2022 election. (The Council would then need to pass a resolution on how to determine the Mayorship.) A “No” vote on the proposition will keep the current system of four districts and an at-large Mayor.

So this much is known for the near future: The winner of Robertson v. Franco will represent Selma as Mayor and run the council meetings for two years. The loser will be off the City Council.

Which means Selma’s governing board is going to have at least one new member. Beverly Cho and Lorraine “Lori” Perez are Council candidates for District 4, basically the southern portion of town.

Councilman Jim Avalos is running for re-election, to be determined by residents in District 1, the northwest section of Selma. He is being opposed by Blanca Mendoza-Navarro and Mark Medina.

Council members Sarah Guerra and John Trujillo are not up for re-election this year.

Robertson favors the 4-plus-Mayor system because he believes the citizens of Selma want to elect their Mayor.

“The Mayor as an elected position ensures that whoever occupies the seat wants to be Mayor and has had to work for it,” he said. “The person who has to run for Mayor, and has to be re-elected by the people to remain in that position, will work harder to do a good job and be accountable to the people instead of having the job given to them.”

Franco is a proponent of the 5-district setup. “I believe it’s the only way to have true representation in our community,” he said. “The residents of Selma deserve a council that is truly representative and committed to advocating for all the neighborhoods that make up our community. Having an at-large mayor for a city our size is basically an expensive popularity contest.”

Here is a rundown on the Mayoral race:

Robertson, owner of Robertson-Guerra Insurance, was elected to the City Council in 2012, re-elected in 2016 and has served three years as Mayor. He believes his business experience allows him to be a protector of taxpayer funds while providing for growth.

— Public safety. Robertson believes it is the most pressing issue for Selma’s residents.   He understands retaining police officers is important for officer morale and said he has fought for and voted for pay raises for Selma’s police force. He said attracting businesses and keeping them here can help provide the funding for a strong police presence.

— Homelessness. He is in favor of removing homeless encampments in Selma, and assisting the homeless in finding shelters.

— Economic development: Robertson believes the city must continue using grants for long-term projects, to secure funding from county, state and federal sources. He said he has plans for “revitalizing” Selma’s downtown that include altering codes and ordinances and creating loans for building beautification.

— Quality of life. Robertson pledges to continue supporting the proposed park at Rockwell Pond and the commercial project next to it.

Franco, an electronic technician, was elected to the City Council is in 2016. He is finishing up his first year as Mayor.

— Infrastructure improvements. “If we fix our infrastructure, we fix the main obstacle preventing our community from moving forward,” he said. Franco cited the importance of a stronger infrastructure in building new neighborhoods as well as attracting and retaining new businesses.

— Investing in the local community. He favors using academics and vocational training to create opportunities for success for Selma residents.

— Accountability and transparency. “We need to create a culture that empowers our staff to move our community forward sooner rather than later,” he said. “Our staff and community deserve a council that is productive, accountable, and transparent when serving the people of our community.”

Candidates for Mayor, City Council, Selma Unified school board and Selma Health Care District Board will participate in a candidates forum at 6 p.m. on Oct. 1. It will be streamed on the City of Selma’s YouTube page. The forum is organized by Selma Aware.