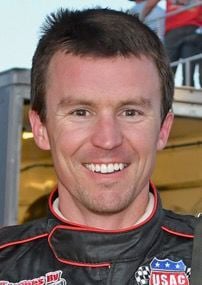 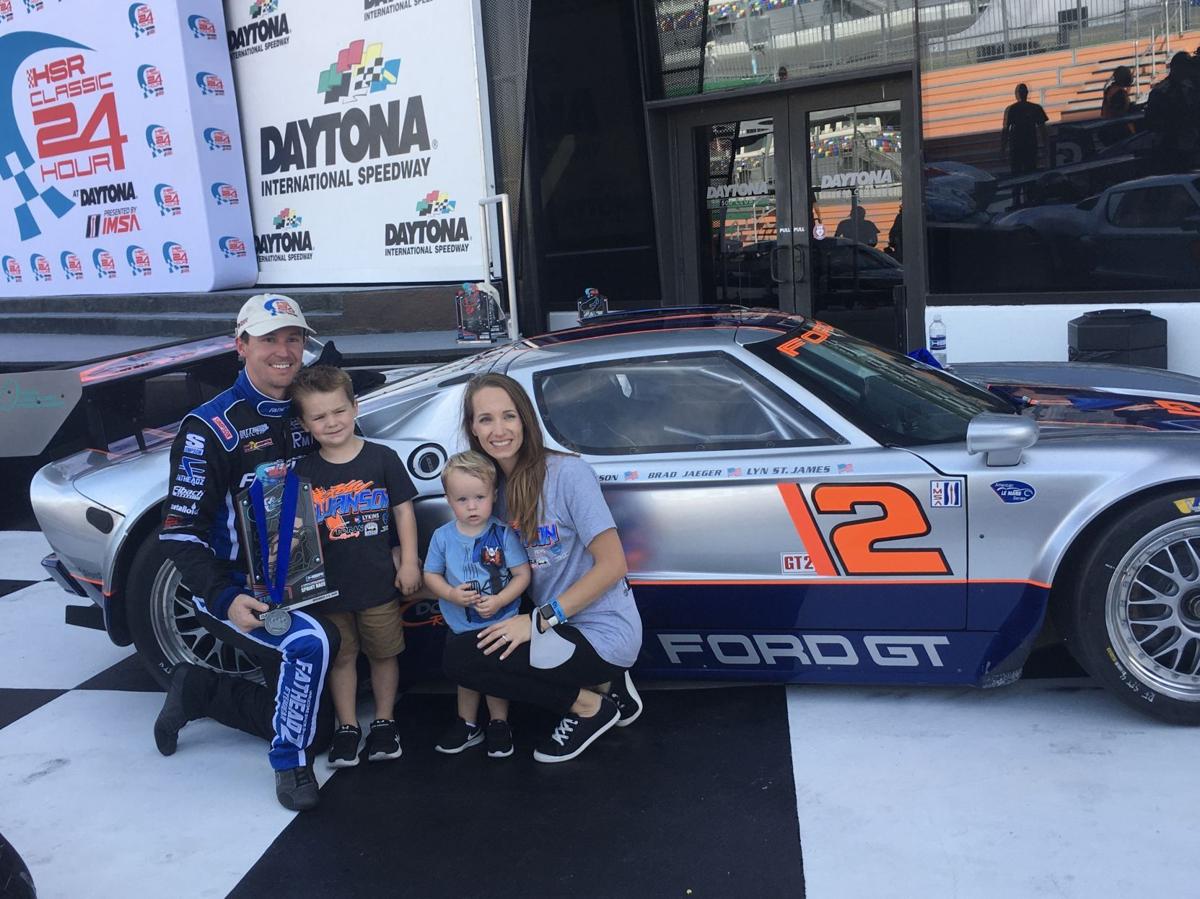 Kody Swanson takes a photo with his family after winning the HSR Group 10 Sprint Race on Nov. 7 at the Daytona International Speedway in Florida. 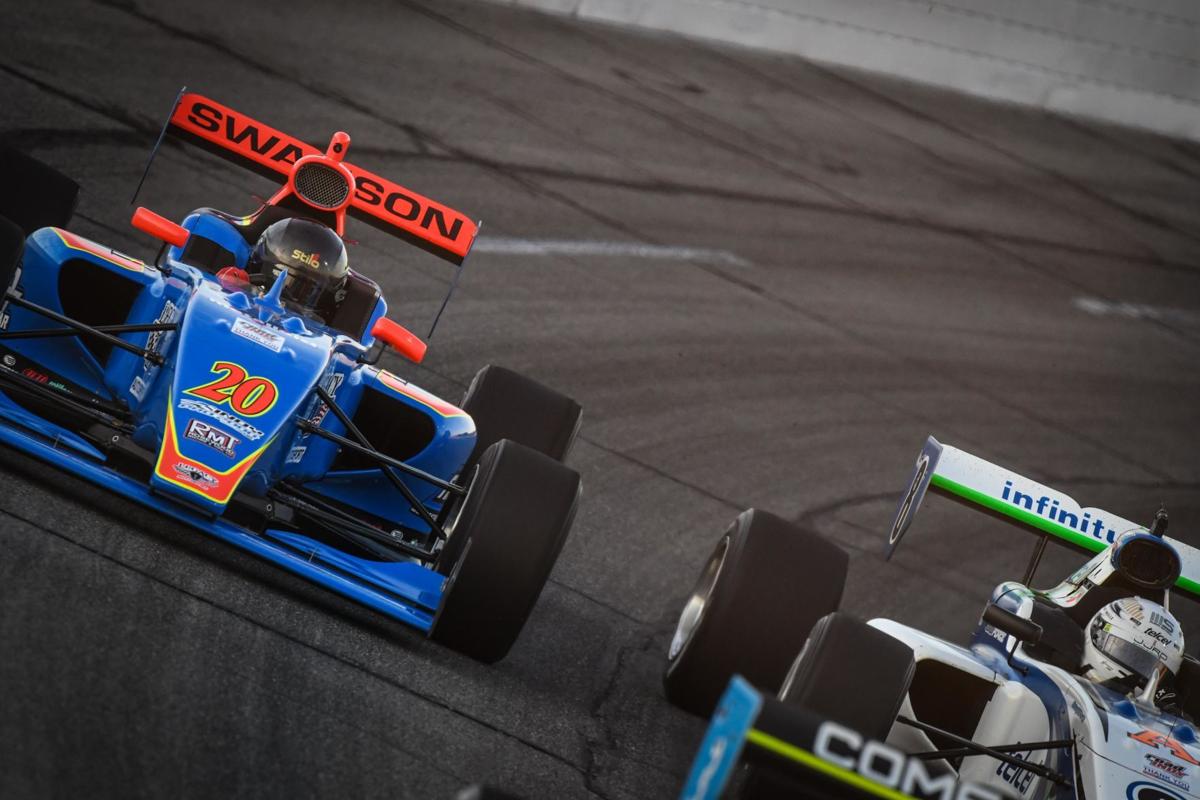 Kody Swanson (20) passes Manuel Suliaman for the lead in his Indy Pro 2000 debut at the Lucas Oil Raceway. 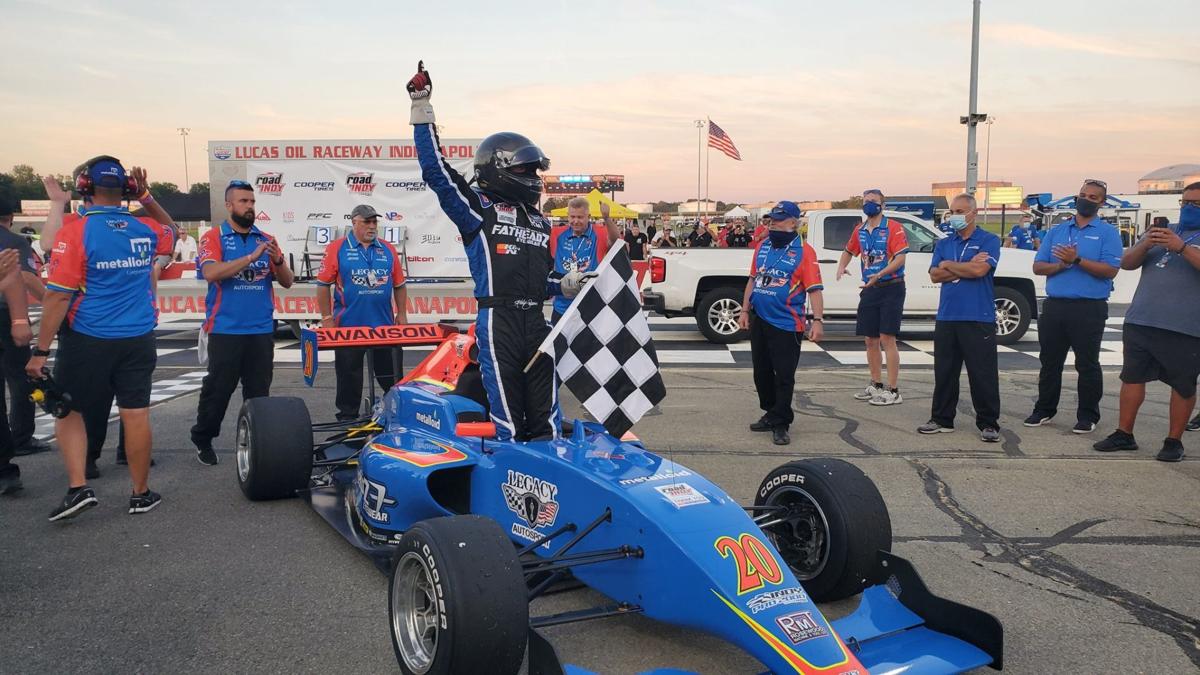 Kody Swanson celebrates after winning the "Freedom 90" in his Indy Pro 2000 series debut. 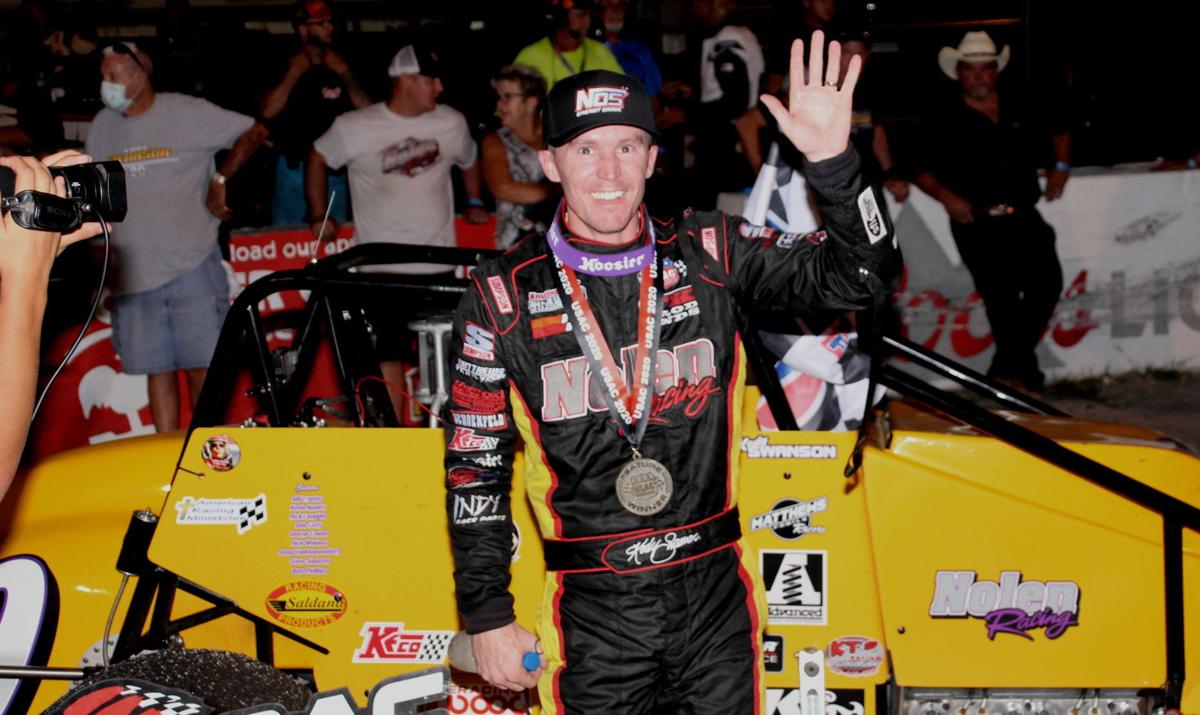 Kody Swanson poses after winning the USAC Silver Crown for the 5th consecutive time on Aug. 15, 2020.

KINGSBURG — The COVID-19 pandemic has slowed life down for many of us, but Kingsburg native Kody Swanson is living his best — and fastest — life.

The first week of November, Swanson hit the Daytona International Speedway track with teammate Brad Jaeger to participate in the Historic Sportscar Racing Classic 24 Hour race for the second time in his career.

“I’m feeling pretty well,” Swanson said via phone from Indiana. “The Daytona part is quite a bit different from the racing I typically do. Learning a new discipline and trying something new at Daytona was really fun. We had some success and we continue to get better every time we’re in it.”

Swanson, who usually drives an open-cockpit vehicle, said that adjusting to the Ford GT he drove for the event took a moment, but it was a challenge he was up for.

“One of the most fun challenges about racing is trying to learn new things and drive new cars,” he said.

Swanson drove an Indy Car for the first time over the summer, winning his first time out.

“This season I’ve driven more different and new types of cars than any other year in my career so far,” he said. “It’s been good to continue to branch out and continue to move forward.”

His racing career began in the year 2000 at the age of 12 and in just a few short years, he won his first career championship.

“I grew up watching my dad [Mike Swanson] race. He raced a lot all over the West Coast, so that was my introduction to racing,” Swanson said, adding that he began his own career racing locally and traveling around the state while finishing high school.

He would eventually move to Indianapolis to focus on his racing career and has since become the winningest champ in United States Auto Club Silvercrown history, taking the No. 1 spot five times from 2014 through 2019.

The driver said that there’s so many aspects to the sport that he enjoys that it’s hard to explain and pinpoint just one thing he enjoys most.

“I love the competition aspect of it. You race against everybody every day. Beyond that, you still have the camaraderie without your own team and within the competitor base,” he said. “For me, it’s hard to beat just driving. Obviously, you just enjoy the speed and as you make it a career, you approach it as a sport, but with a professional, career-oriented mindset. It’s something that I just really enjoy doing.”

Swanson, now married with two children, became a member of the Ohio-based Doran Racing team in early November. The driver will run about a dozen sprint car and sports car events in 2021 for the team.

“We plan to run 10-14 races in 2021 with Kody between the pavement USAC Silver Crown schedule and selected asphalt sprint car races,” said Kevin Doran, head of Doran Racing, in a release.

Swanson said he’ll continue to focus on getting better, trying new things and, above all, winning.

“The goal and what you’re chasing is the chance to win, right? That winning feeling is what keeps you working so hard through the tough times,” he said.

Parker Bowman covers Selma and Kingsburg. Contact him at pbowman@hanfordsentinel.com.

KINGSBURG — Two Kingsburg businesses are seeing a new lease on life in the new year despite 2020’s tumultuousness.  El Patron Taqueria and Yum…

Alan Coles had just hit a strong serve and won the point in an adult recreational tennis match in Clovis in 2004. From behind him, he heard a …

Laura North sworn in as mayor

Kody Swanson takes a photo with his family after winning the HSR Group 10 Sprint Race on Nov. 7 at the Daytona International Speedway in Florida.

Kody Swanson (20) passes Manuel Suliaman for the lead in his Indy Pro 2000 debut at the Lucas Oil Raceway.

Kody Swanson celebrates after winning the "Freedom 90" in his Indy Pro 2000 series debut.

Kody Swanson poses after winning the USAC Silver Crown for the 5th consecutive time on Aug. 15, 2020.