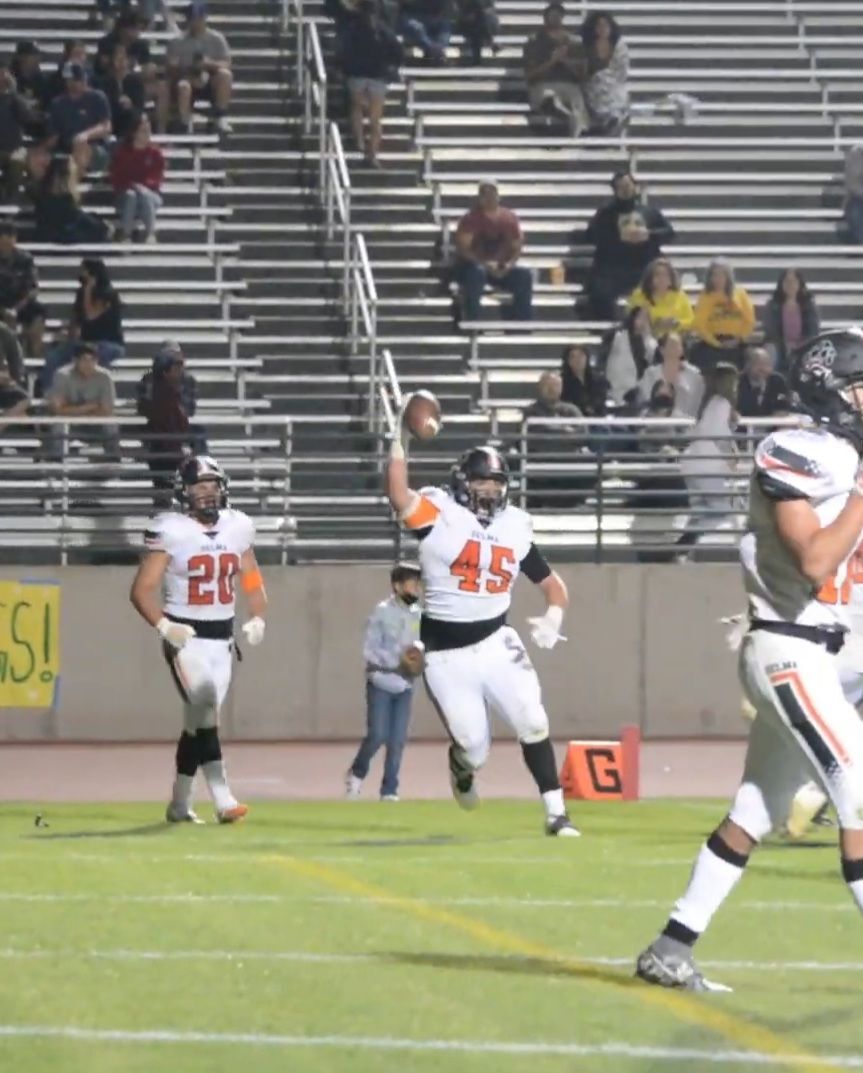 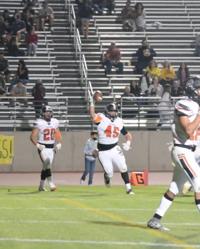 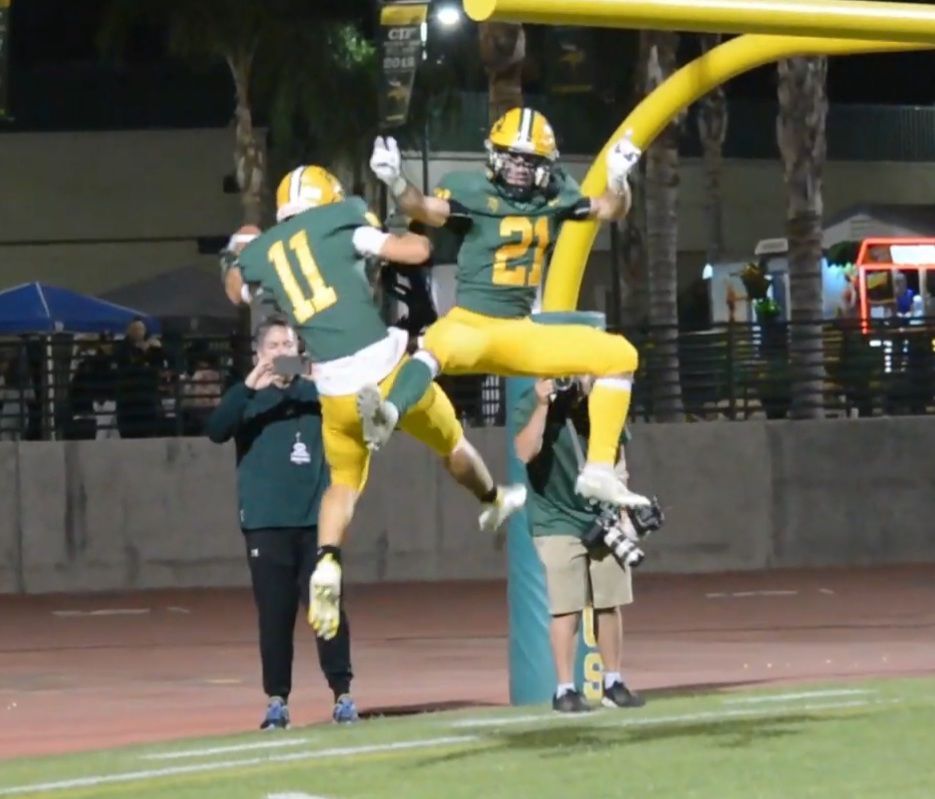 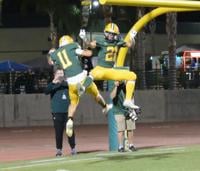 Kingsburg's Connor McFall (11) and Micah Spomer celebrate after a touchdown in Kingsburg's 17-15 win over Selma April 16.

Kingsburg's Connor McFall (11) and Micah Spomer celebrate after a touchdown in Kingsburg's 17-15 win over Selma April 16.

Down 15-14 with 18 seconds to go in the game, Kingsburg High Vikings’ Daniel Ortega steeped onto the field for a 30-yard field goal attempt that would give the Vikings a victory over their rival the Selma High Bears.

Ortega, who had never attempted a kick that long, sent the ball straight through the uprights as his team exploded in celebration on the sidelines. He had won the game on April 16 at Kingsburg High School in the 88th annual Battle for the Fire Extinguisher.

“I was ready in the fourth quarter. I was prepared,” Ortega said. “The seniors worked hard, and I just wanted to get this win for them.”

“Daniel went in their with confidence,” Wilson said. “I asked him can you make this, and he said absolutely, and he nailed it. That was awesome.”

Kingsburg ended the shortened spring season a perfect 5-0, while the Bears finished the season 2-2.

After Selma’s defense forced Kingsburg to punt on the first possession of the game, Selma took their first offensive possession and looked poised to score and take an early lead. That is when Kingsburg’s Andre Castellanos intercepted a pass from Selma’s Joey Ramirez to give his team the ball. Trace Jackson took a handoff on the ensuing play and rumbled 80 yards for a touchdown to give the Vikings a 7-0 lead in the first quarter.

Jackson ended the game with nine carries for 109 yards.

Those would be the only points of the first half.

Olivares ended the game with 22 carries for 120 yards and a touchdown. Warkentin finished the game 8-13 for 91 yards and the touchdown pass.

The Bears answered right back and took the lead on a two-yard touchdown run form Aaron Moreno. Ramirez found Josiah Flores in the corner of the endzone on the two-point conversion attempt to give the Bears a 15-14 lead with 8:21 left in the game.

Wilson was happy how his team played against a tough and high-powered Selma team.

“Anytime you get a win against Selma it means a lot. This is a big rivalry game between two communities that have a lot of pride,” Wilson said. “I have so much respect for coach Logue and Selma. They play hard and a physical style of football and for us to match that is great.”

Noah Jimenez led the Vikings’ defense with four tackles, while Blake VanBebber had three. Blake Spomer and Jason Navarro each recorded two tackles. The Bears defense was led by Jon Ambrose who had a game high seven tackles.

“We had a good plan. Selma is unique they are a physical and they have a running style of offense. Aaron Blancas I have total respect for him he is one of the best receivers in the Valley and we knew we had to stop him. We wee able to and stop the run with nine we knew we would be in a good spot.”