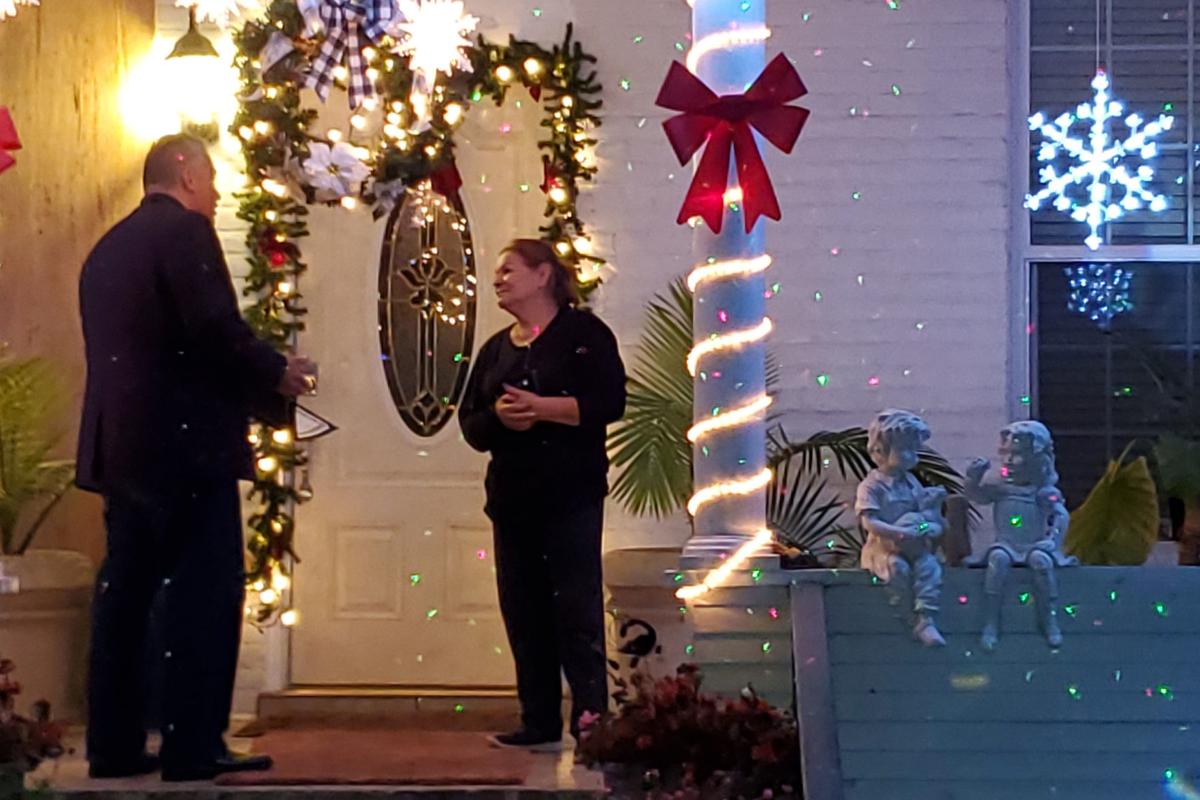 Selma Mayor Louis Franco thanked residents who cheered up their neighborhoods with colorful Christmas displays over the holidays. 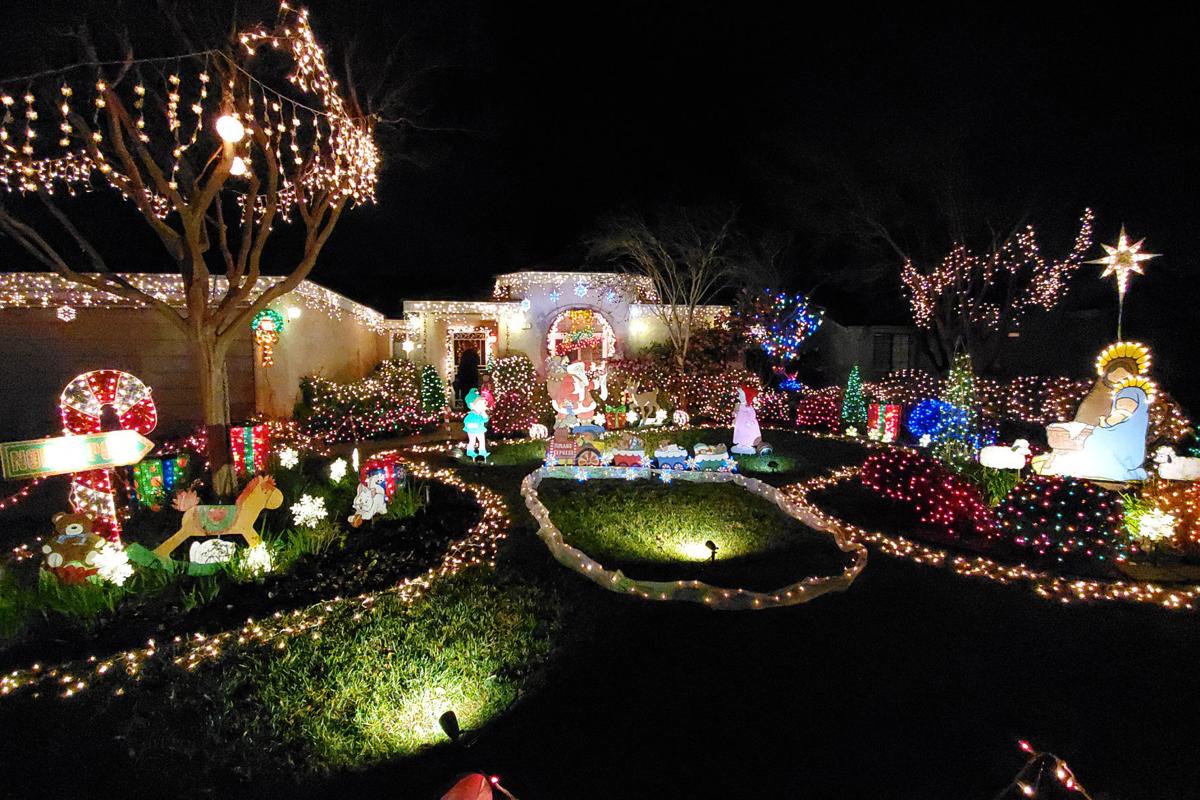 The Tunie family’s holiday yard display included the traditional Santa, elves and candy canes along with a Nativity scene. 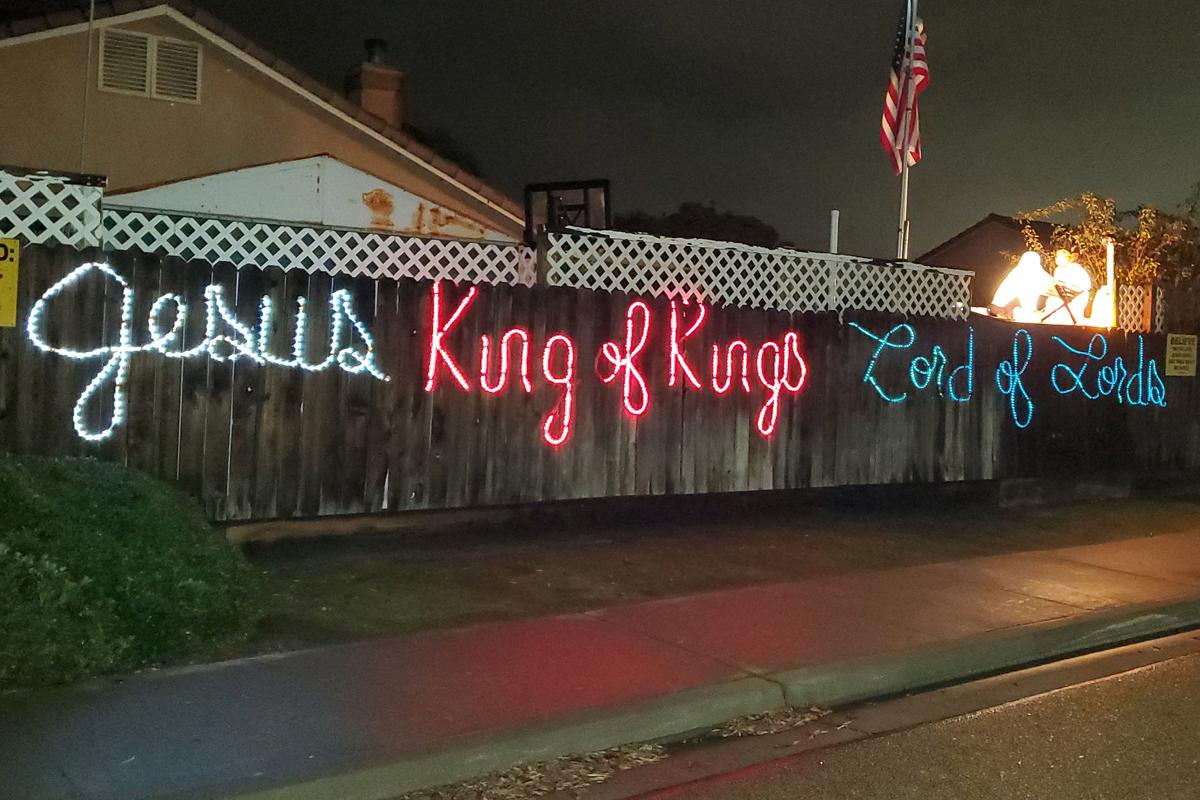 The Juarez family used their Christmas lights to spread a spiritual message that Jesus is “King of Kings” and “Lord of Lords.” 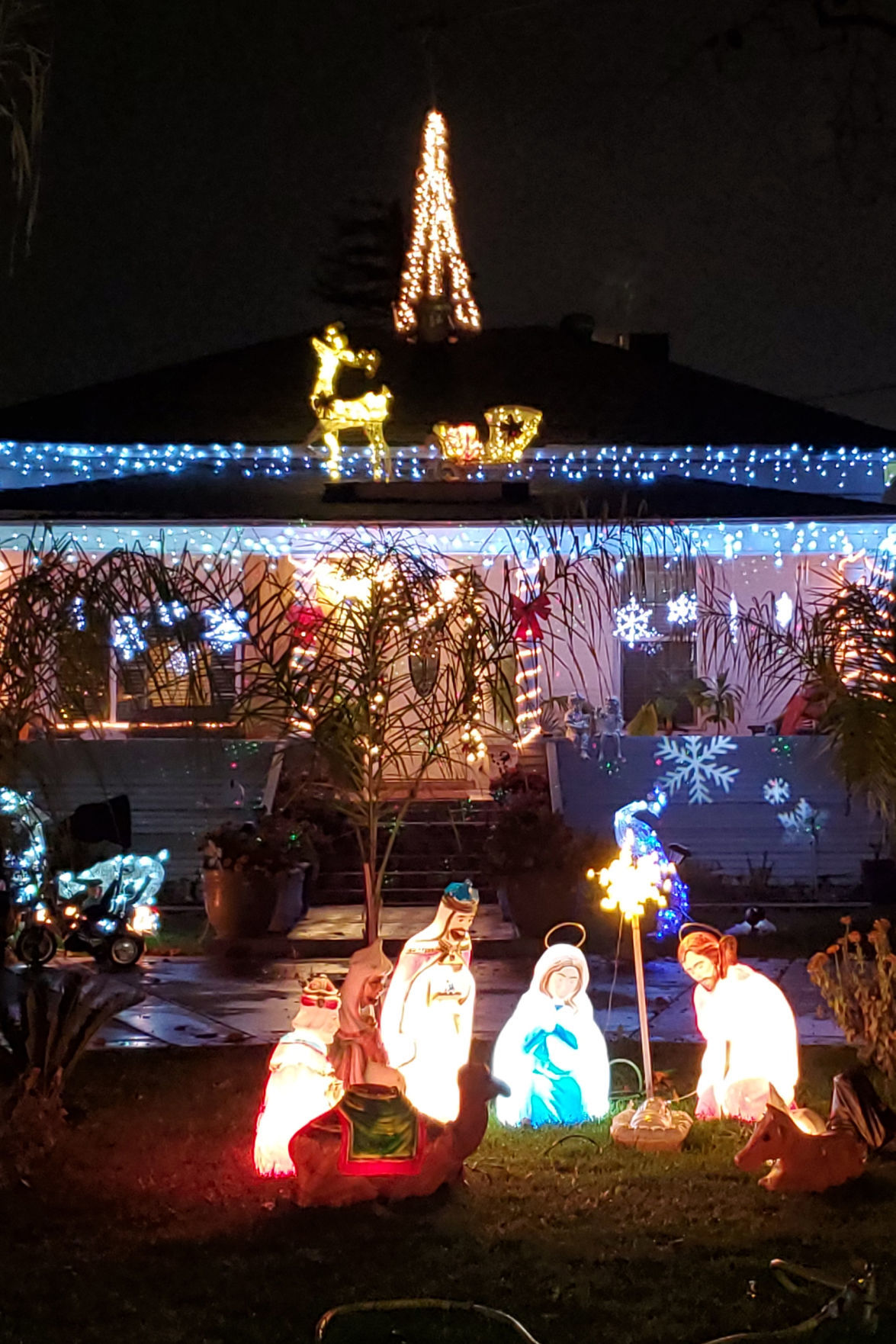 Selma Mayor Louis Franco thanked residents who cheered up their neighborhoods with colorful Christmas displays over the holidays.

The Tunie family’s holiday yard display included the traditional Santa, elves and candy canes along with a Nativity scene.

The Juarez family used their Christmas lights to spread a spiritual message that Jesus is “King of Kings” and “Lord of Lords.”

SELMA – In an effort to thank Selma residents who brightened their neighborhoods with Christmas displays, Selma Mayor Louis Franco knocked on doors on Christmas Eve to personally thank residents.

“Thank you to all the residents of Selma who are making our community brighter with their Christmas cheer,” Franco said of his thoughts for the residents. While some decorated with faith-inspired Nativity scenes, others used inflatable characters from beloved children’s movies. Everyone included loads of twinkling lights to show their holiday spirit.

“They were actually a few more houses that deserve to be sent, but they were just not home last night,” Franco said of residents who also decorated for the holidays.

Residents were given a certificate of appreciation for brightening Selma with Christmas cheer.

How did this tradition even start?

According to a Smithsonian magazine online article, “Untangling the History of Christmas Lights,” it was during the early 1880’s that Thomas Edison’s aide, engineer-businessman Edward Johnson, first introduced electric Christmas lights.

“Setting up a tree by the street-side window of his parlor, Johnson hand-wired 80 red, white and blue light bulbs and strung them together around it, and placed the trunk on a revolving pedestal, all powered by a generator. Then he called a reporter,” the article states.

In that Detroit Post and Tribune article, the Christmas tree was described as “most picturesque and uncanny.”

At first, lights were expensive costing $12 per string, which was slightly less than an average week’s wages for many people at the time.

Competition drove down the price of the lights and “in 1894 President Cleveland put electric lights on the White House tree and by 1914, a 16-foot string cost just $1.75. By the 1930s, colored bulbs and cones were everywhere.”

It’s estimated that 150 million light sets are sold in America and 80 million homes are decorated each year, including those brightening up the neighborhoods of Selma.