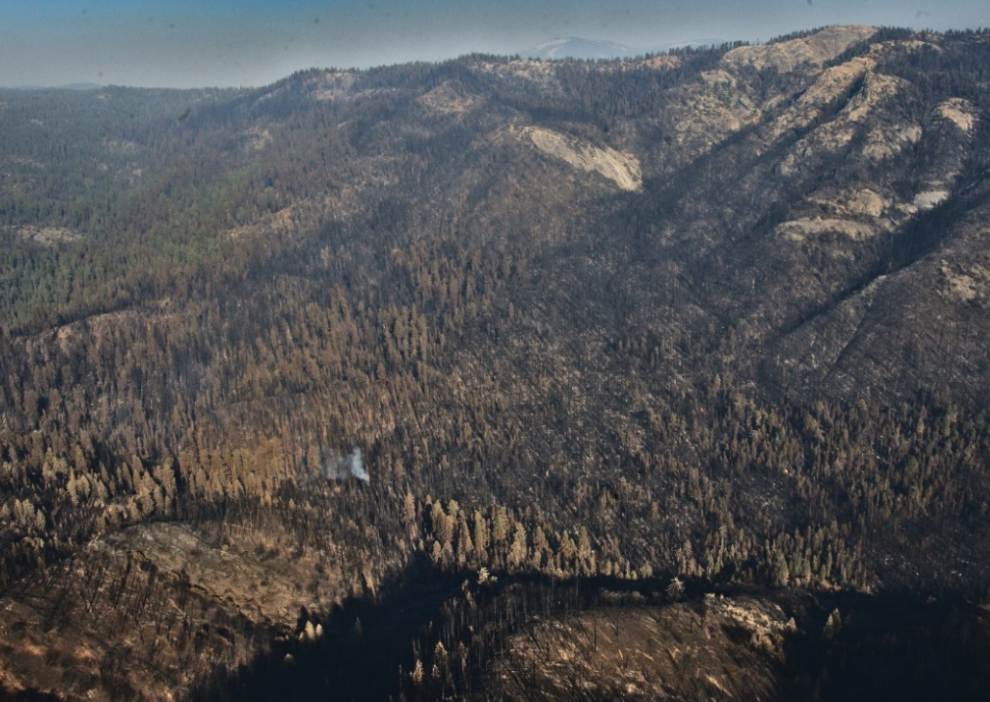 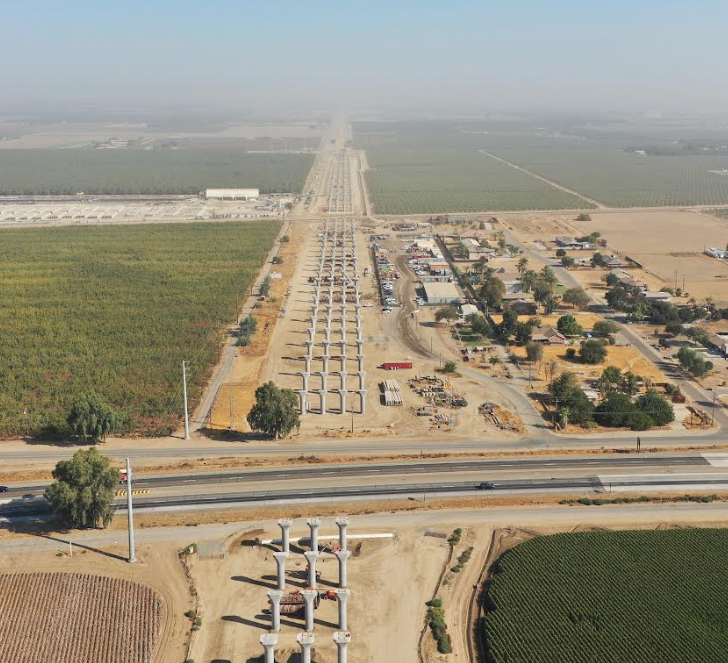 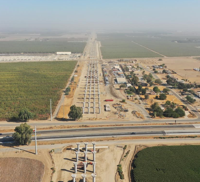 Over 4% more residents were working in October 2021 compared to October 2020. Year over year there were more than 2,000 more non-farm jobs in the county. Farm jobs are flat year over year.The county jobless rate has declined by 18.5% with 10,000 fewer unemployed. By category, the biggest jump has been in the hospitality sector — up 1,000 jobs year over year.

The High Speed Rail structure they call the Hanford Viaduct continues construction just east of Hanford. The elevated rail bridge will be more than a mile long and will house the future rail station for the area. As of this month, crews continue to do substructure work erecting support columns that will allow the tracks to span the east-west freight rail line as well as Highway 198 — seen in this recent drone photo. As of November 22, some 257 of the 286 columns have been poured and crews continue to set column barrier pads — the pads that sit on top of the columns that girders will eventually be placed on - to the northern and southern portions of the structure.The span is the longest in the HSR system.

The spike in COVID-19 cases has eased in Kings County following the similar trend across California. As of Sept. 1 daily new cases in Kings County averaged 156 compared to just 10 new cases as of Nov 22. California new cases are averaging around 5,000 compared to 23,000 back on Sept. 1. The trend is helping to reduce the overflow of patients at Kaweah Delta Hospital in Visalia now reporting 61 COVID patients — down from 120 as of Nov. 1.

Kings County reports 48% of residents have received at least one dose of the vaccine, one of the lowest numbers in the state.

The 3,100-acre Redwood Mountain Grove is the world's largest gathering of Big Trees located mostly in Kings Canyon National Park even though it is drained not by the Kings River but by the Kaweah.

The lightning-caused KNP Complex wildfire that impacted Sequoia National Park late this summer did little damage to the most famous stand of trees located in Giant Forest that includes the 2,100 year old General Sherman Tree, visited by millions every year.

But it has devastated the less-visited but stunning Redwood Mountain Grove where a just released damage assessment of the September/October fire concludes that the firestorm that whipped up winds to 60mph, may have wiped out up to 2000 large sequoias- many of them over a thousand years old.That is a rough estimate says Park ecologist Tony Caprio, one of the few National Park scientists who have ventured into the gloomy disaster zone to assess the damage. It's an early estimate.

The KNP Complex fire has been estimated to have killed up to 3600 large sequoias in a just published report. So it is clear the estimated 2,000 trees lost in this one grove is more than half of the number of trees lost in the disaster. The analysis expects 60% of the 4,400 sequoia acres that burned in the KNP Fire were in Redwood Mountain.Of that almost 600 acres were in the severe category.

Damage to the scattered but clustered sequoia groves of Sequoia and Kings Canyon National Parks caused by the KNP Complex fire as well as the Windy Fire to the south of the Kaweah, were hit and miss affairs with some groves left mostly untouched and others suffering severe burning - killing thousands of the ancient trees.

But the greatest amount of damage was done in Redwood Mountain Grove in Kings Canyon National Park. Brigham led a media tour of the area in the past week and resulted in the headline that about 19% of the mature sequoias in the southern Sierra have been killed as a result of two consecutive years of wildfire. The legendary trees, the largest living things on earth, grow nowhere else. The two fires burned about 1,000 acres of sequoia trees to a degree of high severity. Here, the trees died and land was scorched so the seeds will likely not germinate. There is some talk of a replanting effort.