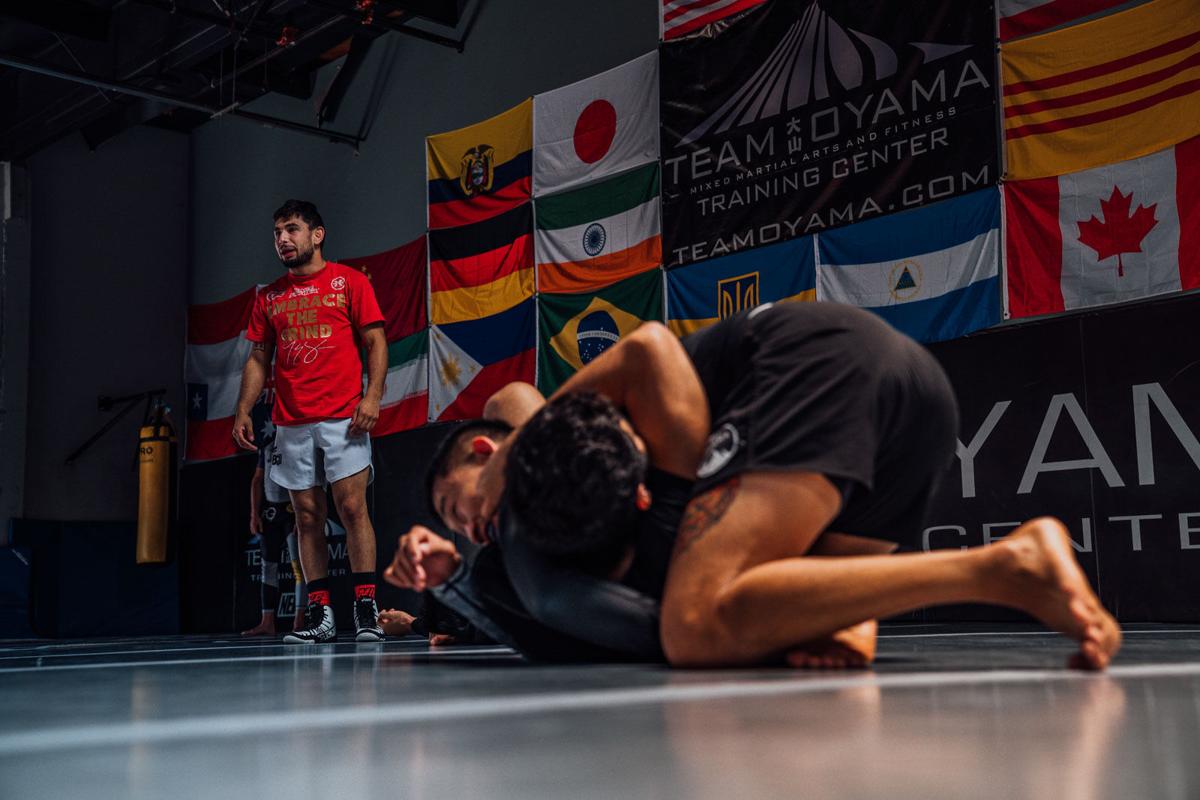 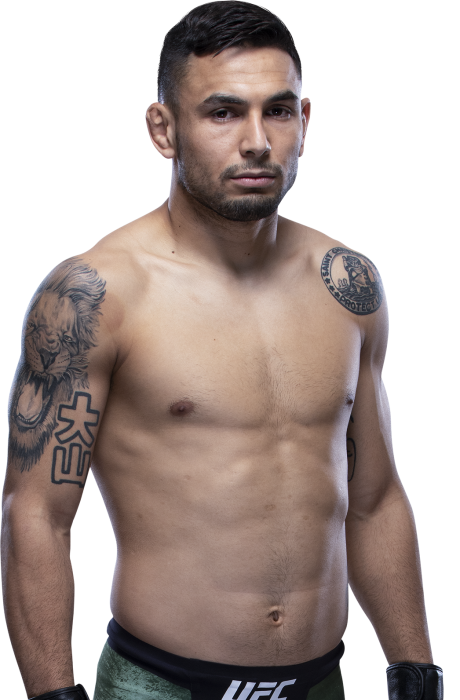 Alex Perez is attempting to become the first fighter from the Central Valley to win a UFC title.

The UFC added male flyweights to its roster eight years ago, and it has struggled to get people interested in the 125-pound fighters ever since. While they are skilled and fast, flyweights frequently lack the brute strength and knockout power that many fans demand.

New champion Deiveson Figueiredo has the swagger and the finishing skills to possibly change his division's fortunes — if Alex Perez doesn't interrupt his reign at UFC 255 before it really begins.

Perez, a Hanford native, wrestled for Lemoore High School and is a former assistant coach for Selma High's wrestling team.

“I’m coming to bring back excitement to this division,” Figueiredo said at a news conference, the Brazilian's shock of neon-blond hair offset by dark glasses. “I plan to knock out every fighter. I’m going to bring the audience back to the flyweight division.”

With three straight finishes in his four-fight winning streak, Figueiredo (19-1) is the favorite Saturday night when he makes his first title defense against Perez (24-5) in Las Vegas.

Shevchenko is a heavy favorite against Maia, who only has this title shot because she stunned top contender Joanne Calderwood in August with an armbar. But the UFC is expecting a crackerjack fight from Figueiredo and Perez, two small-town boys who have overcome long odds to accomplish big things in the mixed martial arts promotion's smallest weight class.

Figueiredo has finished six of his eight victories in the UFC, including three stoppages with punches. Perez, one of 10 siblings from dusty Lemoore in central California, has come too far to get discouraged before his late-notice shot at the rising star.

Nobody underestimates Figueiredo, who won his belt in July with a first-round submission of veteran Joseph Benavidez. Figueiredo also knocked out Benavidez in a bout for the vacant title last February, but he missed weight and couldn't win the title.

The setback and subsequent triumph fit the winding career path of the 32-year-old Figueiredo, who was born and raised in a tiny town at the mouth of the Amazon. After moving down the road to much larger Belem as a teenager, he studied capoeira and worked as a hairdresser’s assistant and a sushi chef before earning enough money to fight full-time.

When Figueiredo joined the UFC in 2017, interest in the flyweight division was near an all-time low.

Henry Cejudo, who dethroned Johnson in 2018, had more personality than Mighty Mouse and eventually became a two-belt champ, but UFC President Dana White was noticeably unperturbed when Cejudo retired last May.

Figueiredo could be more exciting than both of his fellow flyweight champions, but he's just beginning a six-fight UFC contract in which he'll have to prove it repeatedly.

Figueiredo’s only UFC setback was a decision loss to Jussier Formiga, who was then stopped by Perez five months ago. That connection gives hope to Perez, a former community college wrestler who got into MMA while helping his friends to train for fights with his wrestling expertise.

Perez worked his way up through local shows, moved to Orange County for better training, and eventually caught White’s eye in the Contender Series development program.

Perez would be the first Contender Series alumnus to win a UFC title. He’s also eager to make history as only the third UFC champion of Mexican descent: Perez’s father and some of his brothers live in Mexico, and he would love to stoke the country’s nascent interest in MMA.

“It's amazing to be in this position,” Perez said. “I'm a kid from a small town, and to have my face on a UFC poster — I've got some of my family here in Vegas sending me pictures of the billboards. People from small towns usually don't get that. It brings a lot of pride and joy.”

Former bantamweight champ Cody Garbrandt was supposed to move down 10 pounds to fight Figueiredo at UFC 255, but Garbrandt tore his biceps muscle last month. That created an opening for Perez or Brandon Moreno, who were scheduled to fight on the show.

Perez got the title shot over Moreno, who sits higher in the UFC’s flyweight rankings. Moreno instead will take on Brandon Royval in the final bout before the pay-per-view portion of UFC 255, which also features wild brawler Mike Perry facing Tim Means.

Brazilian veteran Maurício “Shogun” Rua also will have his 40th career fight when he takes on Paul Craig. Shevchenko's older sister, Antonina, appears on the undercard against Ariane Lipski.

Copyright 2020 The Associated Press. All rights reserved. This material may not be published, broadcast, rewritten or redistributed without permission.

Lindy McDaniel, an All-Star reliever who appeared in nearly 1,000 major league games over 21 seasons, has died. He was 84.

No. 2 Notre Dame visits No. 25 UNC in pivotal ACC matchup

Second-ranked Notre Dame is moving closer to playing for its first-ever conference championship and returning to the College Football Playoff.…

ATLANTIC CITY, N.J. (AP) — Huge holes in state budgets due to the coronavirus pandemic and the demonstrated eagerness of fans to bet on sports…

Alex Perez is attempting to become the first fighter from the Central Valley to win a UFC title.